Everywhere you look, the buzzards are circling. Not a good sign. I’m afraid to stand still for fear they might mistake me for something dead and delicious. 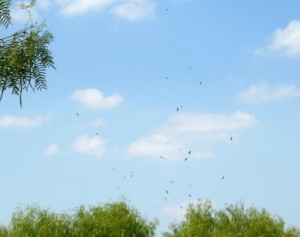 Rain is grace; rain is the sky descending to the earth; without rain, there would be no life.  ~ John Updike

We’re getting precariously close. Today is officially our 35th straight triple digit day. According to one of the ranchers at the second-hand grocery store, in the ten or so miles between Nixon and Smiley, we’ve had 2.4 inches of rain in 11 months. Another said that’s an exaggeration – 2 tops. 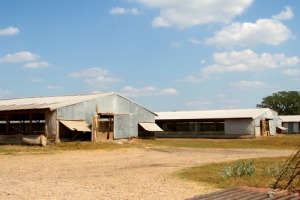 I passed the chicken houses on my way to the post office. They’re silent except for the constant hum of the giant fans. The drought is hostile to all but my alien foliage.

In Austin, only watering by hand is permitted during the day under current Stage 1 rules. The next stage would further limit watering to once a week, shut down the city’s fountains and allow water to be served in restaurants only upon a customer’s request.  Water bills are running as high as electric bills for Austin residents, prompting the city utility service to initiate a summer extended plan. http://www.time.com/time/nation/article/0,8599,2087489,00.html#ixzz1UhAo3Hui 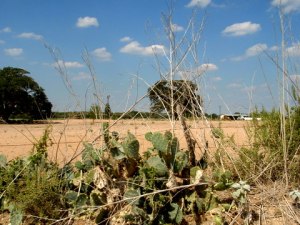 There’s nothing left of the fields but dirt. Even the cactus are dying. Three summers ago, I left a city underwater. Cedar Rapids is still struggling to recover. I don’t know what it will take for Texas to recover. The ranchers said they’ve quit praying for rain. They’re praying for a hurricane. They said  that may be the only thing that can save them.

I’m not a Texan. My own daily gate guarding life is a little hotter and a little dustier than it would otherwise be. An inconvenience, not a devastation. But you can’t live in a community of people, even temporarily, without your heart breaking for their suffering and their loss. If you’re given to praying, would you pray for rain? 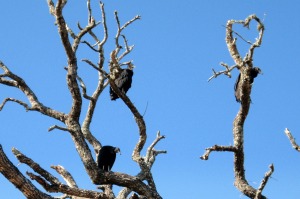 4 thoughts on “Pray for Rain”