Now some point a finger and let ignorance linger
If they’d look in the mirror they’d find.
That ever since the beginning to keep the world spinning
It takes all kinds of kinds.*

For most of my life, I stuck with my kind of people. Do you know what I mean? I hung out with people with similar socioeconomic and educational backgrounds; similar religious and political views; people with whom I thought I had the most in common.

When I was around folks who saw the world too differently from me, I would tend to become wary of conflict or feel a peculiar need to proselytize (I’m not just talking religion, it could be anything on the list of life events). I felt safe in alikedness.

I’ve always heard: People are the same everywhere.  I used to believe that. Not anymore. And more importantly, why would we want them to be?

7 years ago, I left my lifelong Midwest residency for a job in Oregon, then California, then back to Oregon and now, for the past 3 years, I’ve been buried deep in southern Texas. I learned real quickly that living and working in a place isn’t at all like passing through on vacation. I’ve been blessed to do a lot of traveling, and as a tourist, I’ve loved being an observer. But when you live and work with people, you don’t just observe – you participate whether it’s sand dollars and starfish or javelinas and jalapenos!

With every relocation, I’ve been introduced to new ways of understanding a well turned phrase. Each move has brought people into my life with whom I’ve had seemingly little in common but oh, what they’ve taught me by helping me see our world through their eyes. 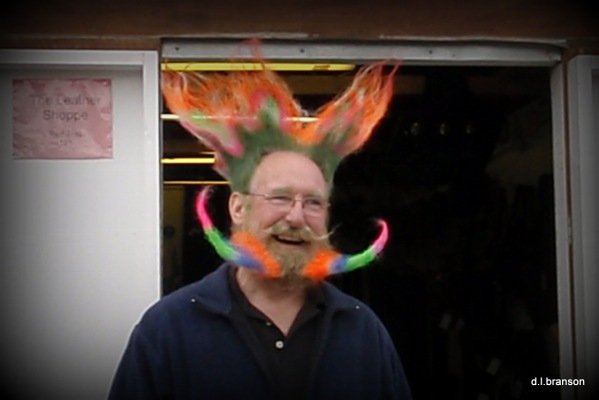 One of the things I’ve discovered through these adventures is that people are not the same everywhere. There are lots of common traits: goodness, kindness, compassion, meanness, arrogance, selfishness. But by and large, we’re regional thinkers. It goes way beyond food and fashion and accents. Different places plant different kinds of thoughts in folks. Usually, not always, the thinking grows and spreads.

Toward no crimes have men shown themselves so cold- bloodedly cruel as in punishing differences of belief.
Read more at http://www.brainyquote.com/quotes/keywords/differences.html#5ezY7OKPMcgtqo5p.99

I’ve learned so much from people who aren’t my kind. The friends I’ve made, and the diverse groups I’ve broken bread with, have taught me to value our differences instead of feeling the need to conform myself or to reform/inform others.

I’ve certainly learned that it takes all kinds of kinds. I know some of you aren’t big country music fans, but would you take a couple of minutes to watch this video anyway? I didn’t add it as filler. It’s more of a visual philosophy.

After 7 years on the road and 3 years in the oil field, I’ve met a lot of kinds of kinds.

If it were practical and possible, I’d recommend everyone uproot (even if only for a year or two) and plant themselves in an entirely different region to live and work with people they don’t think are their kind. We have remarkable things to learn from each other!

It’s been a long time since I’ve written here at Fork. Our Deep in the Heart of Texas, a long way from nowhere, gate guarding Internet has been nominal on good days. It’s still hit and miss but I’ve decided to post more often on the hit days.

I’m writing again, in part, because I’ve learned so much from all of you and y’all are one diverse bunch! To quote John Denver (yes, I’m equally surprised at the attribution – case in point):

I believe that we are here for each other, not against each other. Everything comes from an understanding that you are a gift in my life – whoever you are, whatever our differences.

Thank you for the gift! It does take all kinds of kinds!

I believe that we are here for each other, not against each other. Everything comes from an understanding that you are a gift in my life – whoever you are, whatever our differences.
John Denver
Read more at http://www.brainyquote.com/quotes/keywords/differences.html#5ezY7OKPMcgtqo5p.99
Toward no crimes have men shown themselves so cold- bloodedly cruel as in punishing differences of belief.
James Russell Lowell
Read more at http://www.brainyquote.com/quotes/keywords/differences.html#5ezY7OKPMcgtqo5p.99