My Mom was a terrific cook! Her fried chicken was unrivaled. She loved cooking. Every meal was a celebration for her and everything was made from scratch. We’d have fried chicken, homemade noodles, mashed potatoes and gravy, rolls,coleslaw, fresh snapped green beans, 7 layer jello salad, and at least two kinds of pie. And this was when we weren’t having company!

When we had fried chicken at home, Mom always ate the wings. She claimed she liked them the best. But when we went to KFC, she always ordered a thigh. It was a Mom-martyr thing. Now that I’m a Mom, I get it.

Just like my Mom, I’ve eaten a lot of wings, but they’re not my favorite.

As with chicken, I find I like the middle meat better. The most surprising and disheartening part of affiliation for me, is the mocking that’s distributed evenly from left to right.

The term moderate in the context of politics and religion has become synonymous with: 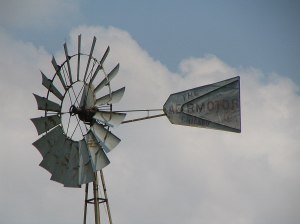 d. all of the above

Since I have convictions, opinions and passions, I’m searching for a new word, but I don’t think it’s thigh.

When my kids were in college, they both took Logic, a Philosophy 101 course. One of the lessons they shared with me was how to have the best debate. To engage in a truly valuable discussion, always talk about your opponents strongest argument, not their weakest. How often do we ever hear that? How much we might learn!

Have you ever stopped behind someone at a traffic light, read their bumper sticker and known instantly that you wouldn’t like them?

Does your jaw tighten when you read one of these?

If Ignorance is Bliss, You Must Be One Happy Liberal

Proud to Be Everything The Right Wing Hates

I Pray…  Deal With It

There’s such a rush to judgement. Don’t we at least owe each other a modicum of respect for having convictions, even if they aren’t ours? You don’t have to sell me, just share with me. Help me see the world through your eyes.

I vote for a cup of coffee and a conversation.

Don’t judge me by my bumper sticker. I may be borrowing my neighbor’s car.